Since childhood I have always been a fan of comics, and superheroes in particular. When Christopher Reeve played superman I remember hoping to catch a glimpse of him when they were filming on North Narrabeen Beach, sadly I think only Lex Luthor (Gene Hackman) was in that part.

With the new adaptation comes a darker plot emphasising the ‘difference’ between Henry Cavill’s character and the people amongst whom he now lives. He is bullied as a kid because he is different, and for the same reason he is shunned by others who catch a glimpse of his abilities. But in the end he does ‘save’ the world, while convincing the authorities that he is on their side, and we can’t wait to see what he’s going to do to Batman next time.

However, comics and superheroes are not real, at best they are an escape from the reality which we sometimes find fearul. But Jesus is real, he really lived, he is not just a myth or an invention of clever human beings.

Unlike Superman, who lives to fight another day (and another fictitious villain), Jesus died. But it is his death that saves us. God raised him from death to demonstrate that Jesus has defeated the enemy we could never defeat. It’s not General Zod who is our enemy, it is death itself. And since Jesus is alive, we too will live, for ever.

The Bible tells us, “Jesus himself carried our sins in his body to the cross, so that we might die to sin and live for righteousness. It is by his wounds that you have been healed”. (1 Peter 2:24, Good News Version)

I am looking forward to the further adventures of superman, and I am sure I will enjoy them, but far more than that, I know that Jesus has defeated death for me, and it is his loving sacrifice that conquers all fear.

What is a mundunugu? It is another name for a medicine man and it is linked to the world’s first doctors who were shamans. Shaman’s understood that physical, emotional and spiritual energy is inseparable. So they called upon the spiritual world to bring about healing for those under their care. Our scientific world today has shunned the work of spiritual healers and focused upon the concrete knowledge that science can deliver. This has reaped a great harvest in medical advances and we are now the beneficiaries of treatments for diseases that were once put down to the work of evil spirits.

However, in the pursuit for scientific knowledge many have lost sight of our spiritual impoverishment. What the Shaman’s understood is a reality for all of humanity. We are physical, emotional, and most importantly spiritual beings. Our spiritual welfare shapes and impacts our physical and emotional health. Yet the shaman’s were never able to deliver on their promises for spiritual healing. They did not have a connection to the creator God – the one who made us with our spiritual being.

Jesus never rebelled against God and so he didn’t deserve to die. Yet he died on the cross to fix our broken relationship with God and so heal us. Then he rose again to show that this is not just a quick fix, for this is the real deal. All who come to Jesus as their mundunugu will be healed spiritually. But his healing is not limited to our spiritual being for in the world to come he will heal us physically and emotionally too. So Jesus really is the ultimate mundunugu. 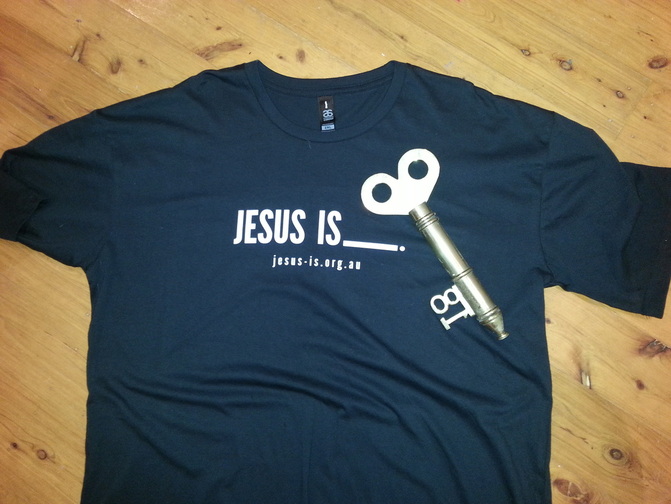